“They told you that you need to be thin and beautiful.
They told you to wear longer skirts, avoid going out late at night, and move in groups—never accept drinks from a stranger, and wear shoes you can run in more easily than heels.
They told you to wear just enough make-up to look presentable but not enough to be a slut; to dress to flatter your apple, pear, hourglass figure, but not to reveal too much.
They warned you that if you try to be strong, or take control, you’ll be shrill, bossy, a ballbreaker. Of course it’s fine for the boys, but you should know your place.
They told you “that’s not for girls”—“take it as a compliment”—“don’t rock the boat”—“that’ll go straight to your hips.”
They told you “beauty is on the inside,” but you knew they didn’t really mean it.
Well, screw that. Laura Bates is here to tell you something else. Hilarious, bold, and unapologetic, Girl Up exposes the truth about the pressures surrounding body image, the false representations in media, the complexities of sex and relationships, the trials of social media, and all the other lies society has told us.”
http://www.simonandschuster.com

When I began this book, I started feeling that it wasn’t for me. It would have been perfect for a younger version of me. With 24 years of being a woman and having read so many books on feminism, I felt I knew most of the things Laura Bates was writing about. I was wrong. Every woman should read this book. Actually, everyone should grab a copy and learn from it.

It’s not The Second Sex (Simone de Beauvoir) or The Female Eunuch (Germaine Greer), but it’s not supposed to be. It’s current and its target are teenage girls and young women. It talks about body image, social media, sexism, pornography and masturbation, among other things, very openly. It also explores the misconceptions of the word ‘feminism’, which I thought was really relevant since a lot of people fail to know the actual meaning of being of a feminist. If you’re looking for some confidence or even a laugh, this is for you. If you want to feel that you’re not alone on this fight, this book is for you. If you’d like to learn, for instance, at what age a girl starts worrying about her shape and size (guess what? Five years old) or if you’ve never heard about the syndrome of impostor – I haven’t until now – this book is definitely for you. Besides, it’s just piece of art (take a look at the coral cover). 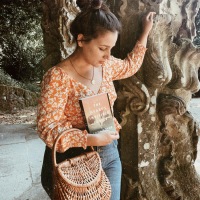 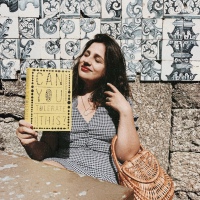