Susan Sontag is most often remembered as a brilliant essayist – inquisitive, analytical, fearlessly outspoken. Yet all throughout her life, she also wrote short stories: fictions which wrestled with those ideas and preoccupations she couldn’t address in essay form. These short fictions are allegories, parables, autobiographical vignettes, each capturing an authentic fragment of life, dramatizing Sontag’s private griefs and fears.

Stories collects all of Sontag’s short fiction for the first time. This astonishingly versatile collection showcases its peerless writer at the height of her powers. For any Sontag fan, it is an unmissable testament to her creative achievements. 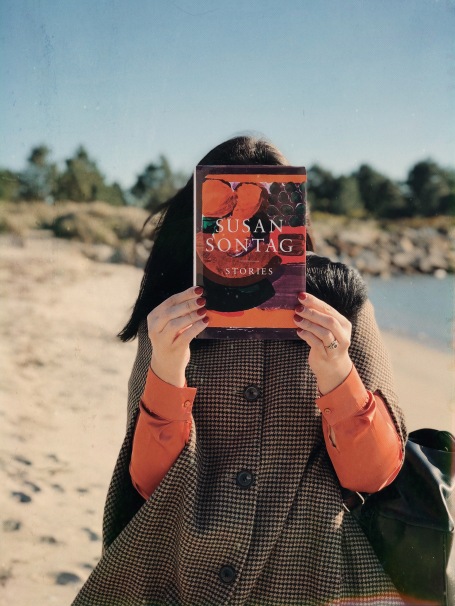 Until Stories, I had only known Susan Sontag‘s work as an essayist. I had read Against Interpretation and On Photography for academic purposes. However, when it came to my attention that Penguin Random House was publishing Stories, in 2017, I felt compelled to know this other side of Sontag’s writing.

In the foreword, Benjamin Taylor clearly claims that the reader shouldn’t interpret Sontag’s short fiction as personal essays. That would be missing the point. The author wrote these stories to fathom the world she lives in, to find her place in it and to understand her mind and thoughts. I could not agree more.

Even her voice and writing style varies throughout these eleven short stories. One of my favourite from this collection, called Pilgrimage, is perhaps the most traditional. Sontag reveals the first great encounter of her life: the day she met Thomas Mann. She was only fifteen years-old. However, as I said, her register changes completely throughout the book. For instance, in American Spirits, her link to the French New Novel is explicit. The plot isn’t paramount and she didn’t build lifelike characters. On the contrary, in the form of an allegory, Sontag wrote a satire where she openly criticized the American middle-class life. And, in a story called The Dummy, one of my favourite as well, is manifested the influence of science fiction.

Although I loved some of the stories, there were others that weren’t so successful, in my opinion. Old Complaints Revisited – another allegory – was a very dull text to read. I nearly gave up on that story.

Overall, I think Susan Sontag was one of the greatest intellectuals of last century and that is enough reason to recommend Stories. It’s a book one slowly savours and apprehends.

I’d like to thank Penguin Random House for sending me a copy of the book. You can buy the book here.

“One lives so badly when one is afraid to be alone” 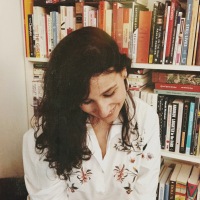 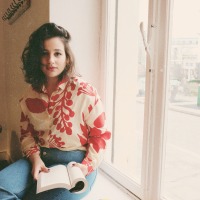 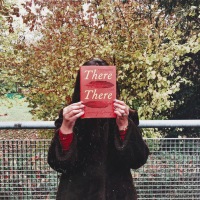