Just finished my first book of June! I’ve never read anything like Demi-Gods by Eliza Robertson before. While being a very unique and experimental novel, Demi-Gods, that takes place in the fifties/sixties, has a vibe that took me back to The Virgin Suicides and Call Me By Your Name.

Willa’s mother has a new boyfriend, Eugene, who is none other than the girl’s uncle. When the mother takes Willa and Joan to their Summer house in British Columbia, she also invites Eugene and his two sons. While Joan pairs with the oldest boy, Willa, who was only nine at the time, plays a strange game with Patrick, her cousin who is two years older than she is. This is a book that mainly revolves around the dynamics of power, abuse, puberty and the discovery of the sexual body.

I wouldn’t say this book is for everybody! It’s a slow-burn with a very strange and peculiar atmosphere. It deals with incest and degradation. But I really enjoyed it. Demi-Gods took me by surprise. Robertson is an excellent writer. She wove this observant, alienated, strange main character and I couldn’t stop picturing this novel as a movie. Roberston’s world is slow and bizarre. I also loved how the author portrayed the development of Willa’s relationship with her mother.

If Demi-Gods sounds like your book, then go for it! I think it makes the perfect Summer read! I’ve also tried the audiobook but it was somehow clashing with the aura I’d envisioned so I decided to stay with the physical copy!

I’d like to thank Bloomsbury for sending a review copy. You can buy the book here.

It is 1950, and Willa’s mother has a new beau. The arrival of his blue-eyed, sun-kissed sons at Willa’s summer home signals the end of her childhood. As her entrancing older sister Joan pairs off with Kenneth, nine-year-old Willa is drawn to his solitary younger brother, Patrick.

As they grow up Willa is swept up in Patrick’s wicked games and their encounters become charged with sexuality and degradation. But when Willa finally tries to reassert her power, an act of desperation has devastating results. 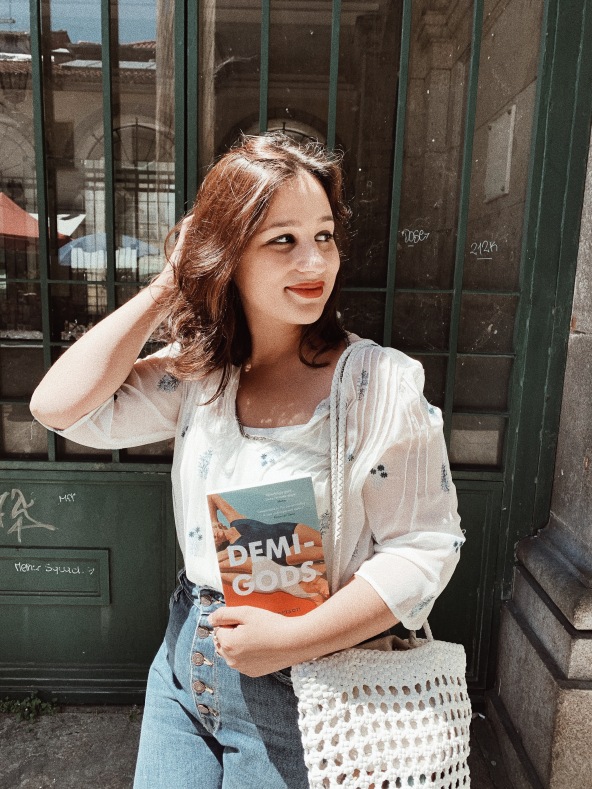